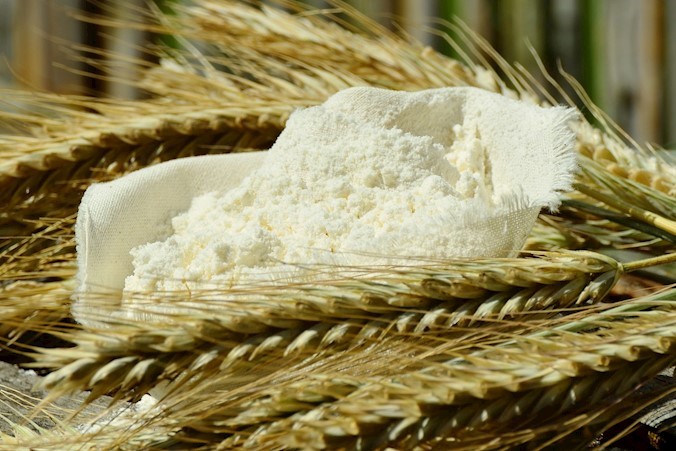 Recently we learnt that March is National Flour month – who knew?! We still haven’t quite worked out why March is national flour month, but who are we to argue.

It is flour month every month here at Vienna Bakery. Flour is at the heart of baking and we always make sure we use the very best.

So, let us share with you some of our flour appreciation.

Flour is, in general, ground down cereal or wheat grains forming a fine powder.

The Old French fleur or flour meant “blossom” and in general conversation “the finest.”

The phrase “fleur de farine” means “the finest part of the meal” because the process of making flour involves separating the undesirable grain.

There was an entire war (more like a series of riots) because of flour in the 18th century. An increase in grain prices, leading to an increase in bread prices sent the peasants of France to the streets in protest.

The French King at the time was referred to as ‘le premier Boulanger du royaume’ – prime baker of the kingdom. It was his role to ensure that his subjects all had access to food, and for the peasants that mainly meant bread.

Thus, when a grain shortage occurred causing prices to rocket the people started to revolt.

We’re still not sure why March is the National Flour month. But, it is such an important ingredient in terms of the bread we eat today and the evolution of civilisation that it certainly does deserve its own month of appreciation.