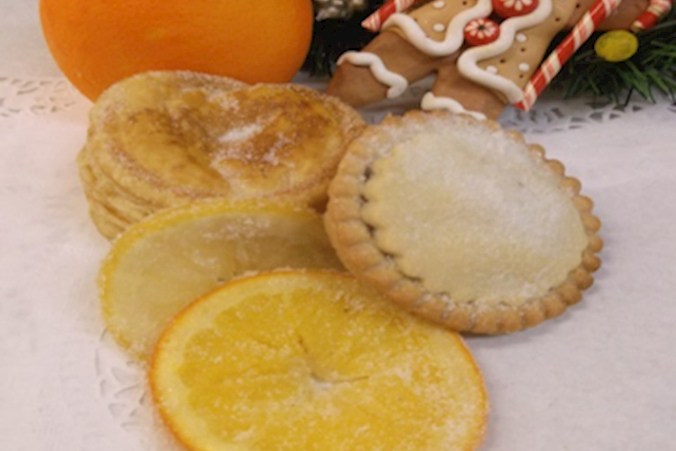 Last year we endeavoured to do something different with our mince pies by trialling a fruitier and zingier mince pie. This made our pies bake to a drier texture than usual and the overall result, while still tasty, was not the mince pie we know and love.

So, for this year we have decided to revert back to our tried and tested original recipe. The people have spoken and we have responded. For 2017 the traditional Vienna Bakery mince pie is back!

Mince pies are no stranger to experimentation. Back in Tudor England mince pies were predominately made with actual mincemeat. The meat was flavoured with sugar, spice and dried fruit by the wealthy. The pies themselves were a feat of culinary artistry forming the centre piece of the dining table. Designs ranged from hearts to stars and some even fit together like an elaborate jigsaw puzzle. Eventually though the fruit took over the meat and the mince pie we enjoy today reigned supreme.

Everything we bake and make at Vienna Bakery is top quality and as authentic as possible. We take a lot of care to source the best ingredients and make sure that all our products are the best we can make them. We believe that our customers deserve fresh, locally made produce and so that is what we shall continue to produce.

For now, the mince pie will definitely remain a sweet treat for an occasional indulgence.