The History of the Baguette 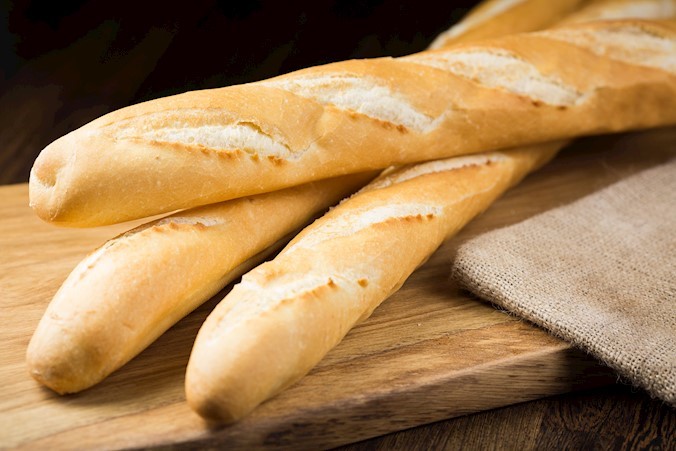 The beloved French baguette has undergone quite a transformation to become one of France's national symbols. The eminent French author Victor Hugo went as far as to give bread a moral status when Jean Valjean(Les Miserables) was arrested and placed in jail for stealing a loaf of bread.

In the 1800’s bread was predominately made with wheat. But, for the masses their loaves were often plumped out with undesirable ingredients like sawdust, hay and dirt. It was a far cry from the artisan loafs that were baked for the wealthy.

Bread baked in a long shape appeared around the time of Louis XIX in the late 18th Century. The long thin loaves we associate with the baguette have been around since the mid-18th century. The increasing availability and lowering prices of wheat meant that from the 19th century onwards white bread was available to the masses and no longer seen as the bread of the rich man.

Steam ovens also appeared at the beginning of the 19th century. It was now possible to bake loaves with a soft, airy centre and a crisp crust on the outside. However, in 1920 a law was passed banning all workers from working before 4am. Bakers now found it impossible to bake the bread in time for breakfast. So, they started rolling their dough into thin, long loaves which cooked faster.

And thus, the baguette as we know it was born.

Interesting Fact: Baguette literally means a wand or a baton. In the French translation of Harry Potter Harry waves his ‘baguette nmagique’ to cast his spells.  It wasn’t until 1920 that long, thin breads began to be referred to as baguettes. The term originates from the Latin baculum that then became the Italian baccheto which means staff or stick.